Story of a life

Written by Sister Teresa, who works in a center for rehabilitation of leprosy afected people in the province of Guangzhou. 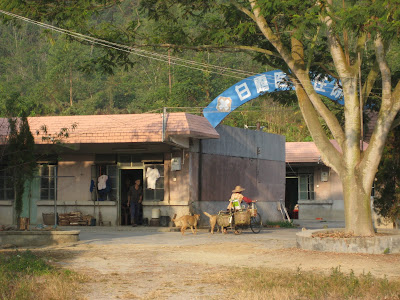 A 21 years old girl is should normally be someone full of vitality, dreams, expectations and ideals of youth, but a ruthless leprosy forced Shanshan to live in our rehabilitation center isolated from the rest of the world.
Since 2009, Shanshan and her younger sister live with us at the rehabilitation center and until now I had never asked much about their family background. But now I wanted to share with all of you. I don’t do it  not  to inspire compassion, but hopping that each one of us from our different points of view can reflect about this story and gain something from it.
When Shanshan was six years old, her mother became very sick and because the family was very poor, they couldn’t get treatment for her and she passed away. On the year she turned 13, and also because of their poverty, she, her father and her younger sister were forced to leave their home and went to Shenzhen where they lived as beggars. Less than a year after, her father also got sick and died. With the help of the local police, they buried their father and afterwards were sent to live in an orphanage. One year later Shanshan finally had a chance to go to school. When she saw the other children with their parents she really envied them, and wished she too could have a mommy and a dad to take care of her.
In 2005 she was finally given a chance to go and live with a family. Mr. and Mrs. Chen’s conditions were not bad at all; he is a policeman and she also has a decent salary. Moreover they were good to her. But unfortunately Shanshan didn’t adapt well to this new environment and returned to the orphanage back with her little sister (that had also lived for a while with a different family). In 2009 Shanshan went to study in a technical school and her sister was in middle school. At that time, her sister’s arms and legs slowly began to lose sensibility and finally became numb. This situation worsened to the point that she would began to develop injuries all over her body without feeling pain. One year after the first symptoms, she couldn’t walk normally anymore, and her face was completely disfigured.  Finally she was diagnosed with leper. It was then that the nurse that took care of her, suggested that Shanshan would also be examined by a doctor because she had been together with her younger sister most of the time and had also experienced some of the same symptoms. After the medical exam she found out she also had leper. The news stroke the two sisters like a thunderbolt, and after that, in February of 2009, the director of the orphanage together with some teachers brought them to our center of rehabilitation for leprosy affected people.
In these two years nothing impressed more than to see the two sisters bravely facing all the difficulties and hardships that life has been repeatedly throwing at them. But I worry about them. What disturbs me more is the concern about their future; one day they will have to go back to the big family of society, and I don’t know how they face it. And here we can only rely on their own ability to change and let themselves be changed and continue to grow until the end. Aren’t we all like that?  In our lives, none of us received the promise that things would always be easy and smooth. Sometimes we have to “row upstream”.