Ophthalmologists Doctors of mobile unit visit the homes of patients

Over ten years ago, the eye team worked in , Xinyi. When to the homes to examine patients who cannot come to clinic, we found and elderly couple, both with bilateral blindness. 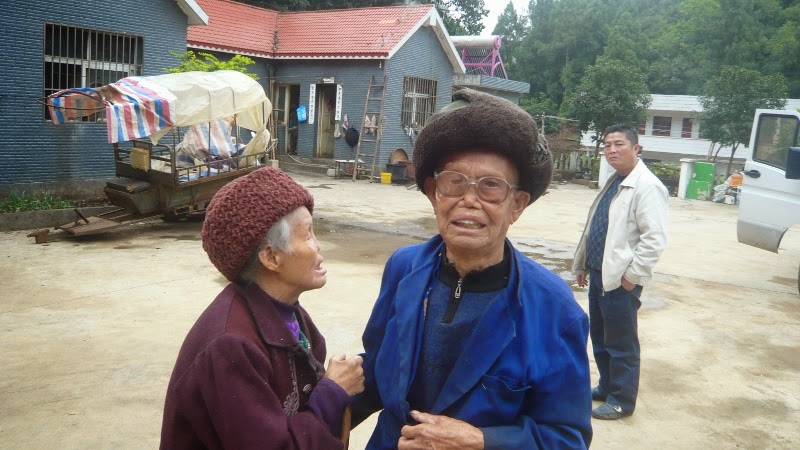 The place they lived was like a dark hole. They could not walk. They were waiting to die in this hole. I examined Mr. Huang and he had very complicated eyes. The cornea was damaged. I felt that I could save the eye very carefully by using ECC method which is a large incision and carefully extracting the cataract. The other eye ball was missing. Mrs. Huang’s eyes were also damaged. One eye ball missing, the other eye blind probably from iritis. So I made a decision al that time to do surgery on both husband and wife and give them some hope. The operation was successful. I gave cataract glasses to them.


Now over ten years later I came to Xinyi to do dental work. I met this couple and found that the eyes clear. We had extended their life more than ten years. The old glasses were broken but still were being worn. I was able to give them new glasses that I had received from Hong Kong years ago and now not available in . They still held on the old glasses because they had become so precious to them. I gave them each two pair. When they took the glasses in their hands, they said “enough, enough” as if to say. “These will last until we die”. Now Mrs. Huang sits on a seat watching us do our dental clinic.


Mr. Huang’s wife who has had sight restored, but still does not have ability to walk. Besides these problems she dearly wants to be able to eat beef. But she only has one tooth. Mr. Huang has great concern and love for his wife and each time we have come to Xinyi he puts her on a stool to watch. She has some mental disability too which makes it difficult. Because of this we could not make a mold, but we removed her one tooth. Next time we will go and again try to make a mold.


We went to Lianjiang, XikangJang several time and this last time, I noticed a man sitting a distance away watching us work. He appeared to be very shy and I walked over and saw he had very stange eye glasses. His glasses which I formerly were prescribed as cataract glasses had broken. He only had one eye. He had taken then lens from the old cataract glasses and used scotch tape to repair them and then taped to his one eye without a frame. I asked him, “why is your eye glasses like this?” He was very shy and embarrassed to say that he had broken his glasses, tried often to find the similar on the outside, but could not. So he had used this method to stick one glass to his face in order to see. He did not know that I had brought glasses with me. I was happy to give him two new pair of glasses. He put the glasses on, went over to watch TV. I looked al him from a distance and he was laughing joyfully.

These two stories are follow up of the eye work. I can check the eyes as we work in the dental clinic and see the success of the cataract surgery done. I have replaced many glasses in this way.