Sharing of small story by sisters working at the Ricci Social Service center for people affected by leprosy.

On Christmas and New Year's Day, the nuns planned one month ahead of schedule to rehearse programs for the rehabilitated ones, because every year the Hanzhong Central Centre provides a variety of programs, and the rehabilitated are rarely involved. This year the sisters advocated the personal participation of the rehabilitated people in the celebration of cultural activities. Sisters took the Yangko, Square Dance, Allegro, comic and comedy information, and went out to find suitable candidates. However, their excitement was greeted with cool response as they either escaped or looked for a variety of reasons to reject the invitation. The sisters came back with disappointment. 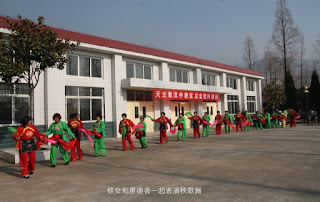 We also understand that since they have been diagnosed with leprosy, they have been abandoned by their families and discriminated against by society. This has become a lingering shadow of their lingering mind. In order to allow them to build self-confidence and eliminate their fears, the sisters mustered courage to go out and find the potential actors again. When the sisters went into the sick patient area, there was a group of young people. The sisters went to each door to invite, giving them mental support and arranged the   rehearsal program to be hosted in their hospital. In fact, their lonely heart is eager to sympathy, friendship and affection. The sisters went to accompany, support, appreciate and encourage them every afternoon from 3 to 6 o'clock for the middle-aged yangko dance rehearsal, and 7 to 9 pm for the young people rehearsing square dance. The rehabilitated people were all in high spirits, and the program was smoothly carried out. 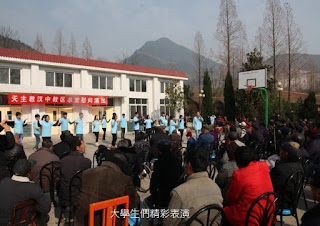 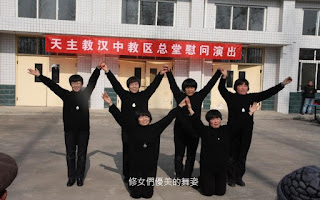 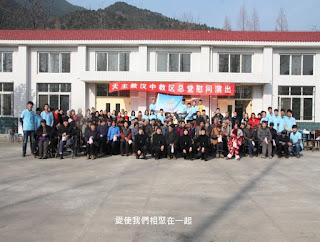 Applauses and cheers added to their self-confidence, so that they broke through the deep self-limitations set in their hearts, lifted the chains tying them, and regained the inner freedom and joy!
發佈者： Casa Ricci 於 上午10:22