We miss you, Sister Xue!

The day 3rd of November 2015, I went with the old man to the market to buy  food and by the way to pick up uncle Lou from the Hospital, we came back at eleven o’clock. Sister Xu had already made things done, the next step was to prepare worship of the Eucharist and to do lunch. They were soon to get, we planned to visit the old men at half past two in the afternoon after having washed dishes. 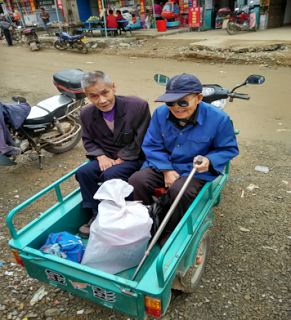 We usually went twice a week to visit the old people in rehabilitation village peak, each time we used to see old mother Li carrying a crutch and with difficulty watering vegetables and weeding, I was always drawn the feeling of pain, in fact it was, when we just came over the hill we saw old mother Li-law came back from town carrying a basket; and a humble man held a bag to pick beans, all they were smiling to greet the sisters.

We first visited a bedridden pig uncle, Sister Xu began to sew clothes for those people who need it, I went to visit another old people in order of room, after the visit I sat together with some old people, and I asked if they were okay? mother Lou said: "it is okay, now is different from before, she mentioned to Sister Xue, mother Luo said Sister Xue was the first came to make care of them, the old people said unanimously that Sister Xue had suffered a lot to be here, and had given her young life to help the lepers, she was such a noble people! 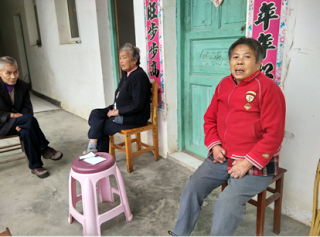 Sister Xue lived as us in the soil house, the condition and the environmental of that period were not like now, but she put lot of attention to take care to the old people, and she wasalso a good doctor, she cared not only ulcers, also helped us to engage in health, she often encourages us, comfort us, help us in farming, grass cut, feed the fish, pruningbranches, she used to accompany us to walk five miles to cross the city to buy food even in summer time of high temperatures, Sister Xue never had complaints, she lived together with all the old and sick people and never gave up anyone, “a good people never can have a long life” Uncle Lou said. At this time an old mother said with tears: "I  miss Sister Xueso much - she suffered a lot for us, she could not have the chance to live with us in thenew house, she had sacrificed her young life for serving us, though she had left us for already eight years, but we will never forget her, she lives in our hearts forever.” 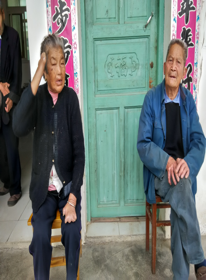 More impressive was when mother Lee said: "We can get out from the door of theleprosarium just because of Sister Xueg, we can go out and get on the bus also just because of her, once a time I was very sick, Sister Xue took me to the hospital by car, but when the car arrived, the driver only wanted to let Sister Xue get into the car, Sister Xuespoke to the driver, “why do not let her get on the train? she is not a people? The lepers also have their dignity! I'm going to ride the car”. Sister Xue spoke a lot of to the driver thatI did not understand quite well, finally the drivers could say nothing and let me got into the car. Since that time, the driver had changed his consideration to us, he even told the villagers do not mind how we were, he said: “ such a young and beautiful Sister does not afraid, why should we ! "

Since Sisters came here we all feel that our body and soul are open, it is time to change the destiny. Our destinies have changed for the better, but the life of Sister Xue had gone.Sister Xue you are our example, you will always live in our hearts, pray you in heavenpeace of mind and rest! 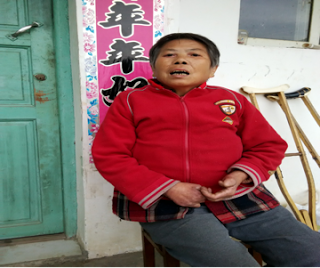